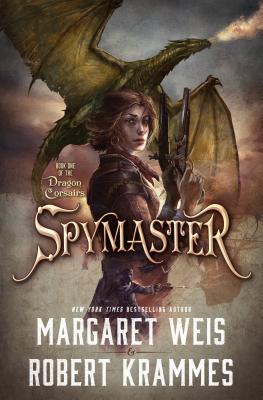 Captain Kate Fitzmaurice was born to sail. She has made a life of her own as a privateer and smuggler. Hired by the notorious Henry Wallace, spymaster for the queen of Freya, to find a young man who claims to be the true heir to the Freyan, she begins to believe that her ship has finally come in.

But no fair wind lasts forever. Soon Kate’s checkered past will catch up to her. It will take more than just quick wits and her considerable luck if she hopes to bring herself—and her crew—through intact.

"A solid addition to a new series, with a cliffhanger ending promising more intrigue and adventure in the next installment."--Booklist


Praise For Spymaster (The Dragon Corsairs #1)…

ROBERT KRAMMES is a game designer and the general manager at Aztec Video Productions. He is the author of the Dragon Brigade Series along with Margaret Weis. He lives in Cincinnati, Ohio.
Loading...
or
Not Currently Available for Direct Purchase