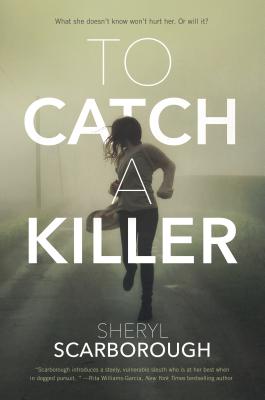 To Catch a Killer

“Scarborough has written an intense, engrossing debut. Readers will root for Erin to find answers, laugh at her friends’ antics as they play detective, and struggle to identify the killer in a plot full of red herrings and multiple suspects. This solid mystery will easily grab the attention of fans of the genre.”—Booklist

“To Catch a Killer is a tense, storming heartbeat of a thriller. Scarborough’s tightly woven story merges forensic intrigue with friendship, romance, and family, nailing the dynamic stylings of Veronica Mars and the playful spirit of Bones. I could not put it down.”—Cori McCarthy, author of Breaking Sky

"Scarborough brings Erin to life as a teenager with a damaged past...there are enough red herrings and forensic activity to keep everyone entertained all the way through the climatic end."—VOYA

“A relatable cast and well thought-out plot make this mystery a Sherlockian puzzle sure to impress the most hardened crime-procedural fanatic. Don your deer-stalker caps, gumshoes, you’re in for a twisty ride.”—Mary Elizabeth Summer, author of Trust Me, I’m Lying

SHERYL SCARBOROUGH is an award-winning writer for children’s television, having written for shows such as Kim Possible, Doug, Tiny Toon Adventures and Punky, among many other credits. She is the author of mystery novel To Catch a Killer. She holds an MFA in Writing for Children and Young Adults from Vermont College of Fine Arts, lives in Washington state, and has always had an obsession with forensics. When she was twelve, her home was the target of a Peeping Tom. Sheryl diligently photographed his footprints and collected the candy wrappers he left behind. Unfortunately, he was never caught. But the desire to use evidence to solve a great mystery was sparked inside Scarborough all the same.
Loading...
or support indie stores by buying on