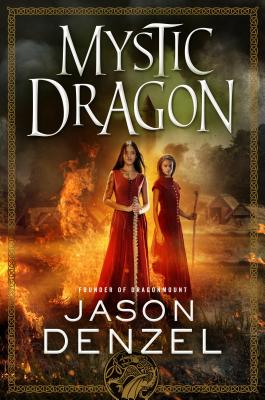 Though she has achieved much in a short time, as a rare celestial event approaches, Pomella feels the burden of being a Mystic more than ever. The Mystical realm of Fayün is threatening to overtake the mortal world, and as the two worlds slowly blend together, the land is thrown into chaos. People begin to vanish or are killed outright, and Mystics from across the world gather to protect them. Among them is Shevia, a haunted and brilliant prodigy whose mastery of the Myst is unlike anything Pomella has ever seen.

Shevia will challenge Pomella in every possible way, from her mastery of the Myst to her emotional connection with Pomella’s own friends—and as Shevia’s dark intentions become more clear, Pomella fears she may be unstoppable.

"The twists and turns in the plot kept this reader on her toes. Pomella has spunk and courage, and sweet Sim is loyal to a fault. It’s hard not to fall into this story."—RT Book Reviews on Mystic

"Denzel, best known for his founding of a preeminent Robert Jordan fan site, builds a solidly enjoyable debut. Pomella’s manipulation of the Myst through song gives the story a poetic feel. This fantasy adventure is clearly inspired by the classics but still finds something new to say."—Publishers Weekly on Mystic