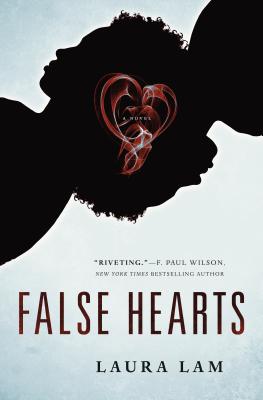 Raised in the closed cult of Mana's Hearth and denied access to modern technology, conjoined sisters Taema and Tila dream of a life beyond the walls of the compound. When the heart they share begins to fail, the twins escape to San Francisco, where they are surgically separated and given new artificial hearts. From then on they pursue lives beyond anything they could have previously imagined.

Ten years later, Tila returns one night to the twins' home in the city, terrified and covered in blood, just before the police arrive and arrest her for murder--the first homicide by a civilian in decades. Tila is suspected of involvement with the Ratel, a powerful crime syndicate that deals in the flow of Verve, a drug that allows violent minds to enact their darkest desires in a terrifying dreamscape. Taema is given a proposition: go undercover as her sister and perhaps save her twin's life. But during her investigation Taema discovers disturbing links between the twins' past and their present. Once unable to keep anything from each other, the sisters now discover the true cost of secrets.


Praise For False Hearts: A Novel…

“A taut futuristic thriller, set in a San Francisco where everybody is beautiful... and nobody is exceptional. Two unusual sisters are caught in a war for control of a society that quietly suffocates its outsiders, rebels, and the damaged. Taema and Tila are all three, and their strange past and unique bond make False Hearts a difficult book to put down.” —A. M. Dellamonica, author of Child of a Hidden Sea

“False Hearts has an ingenious premise, and Laura Lam executes it flawlessly. Gritty and wise, your own pulse will be racing as you get caught up in this exciting tale.” —Robert J. Sawyer, Hugo Award-winning author of Red Planet Blues

“A multi-layered, suspenseful thriller, False Hearts explores themes of identity and power in a breakneck plot that keeps the pages turning.” —Ilana C. Myer, author of Last Song Before Night

“Gorgeous prose, vividly rendered characters, and a story that moves like a ballistic missile.” —Wesley Chu, author of Time Salvager

“A smart debut from someone who's clearly got what it takes.” —Peter F. Hamilton, author of the Commonwealth Saga

LAURA LAM was raised in San Francisco and currently resides in Scotland. She is known for her young adult books, and her novel Pantomime was a Bisexual Award winner as well as being a Top 10 Title for the American Library Association's Rainbow List. False Hearts is her first novel for adults.
Loading...
or
Not Currently Available for Direct Purchase