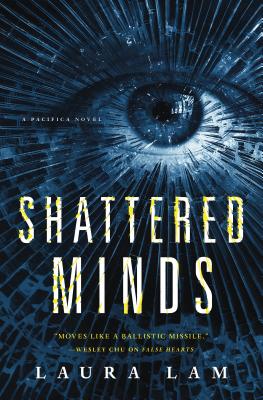 Carina used to be one of the best biohackers in Pacifica. But when she worked for Sudice and saw what the company's experiments on brain recording were doing to their subjects, it disturbed her—especially because she found herself enjoying giving pain and contemplating murder. She quit and soon grew addicted to the drug Zeal, spending most of her waking moments in a horror-filled dream world where she could act out her depraved fantasies without actually hurting anyone.

One of her trips is interrupted by strange flashing images and the brutal murder of a young girl. Even in her drug-addicted state, Carina knows it isn’t anything she created in the Zealscape. On her next trip, she discovers that an old coworker from Sudice, Max, sent her these images before he was killed by the company. Encrypted within the images are the clues to his murder, plus information strong enough to take down the international corporation.

Carina's next choice will transform herself, San Francisco, and possibly the world itself.

“A multilayered, suspenseful thriller, False Hearts explores themes of identity and power in a breakneck plot that keeps the pages turning.” —Ilana C. Myer, author of Last Song Before Night

“An ingenious premise, and Laura Lam executes it flawlessly. Gritty and wise, your own pulse will be racing as you get caught up in this exciting tale.” —Robert J. Sawyer, Hugo Award-winning author of Red Planet Blues

“A taut futuristic thriller, set in a San Francisco where everybody is beautiful... and nobody is exceptional. Two unusual sisters are caught in a war for control of a society that quietly suffocates its outsiders, rebels, and the damaged. Taema and Tila are all three, and their strange past and unique bond make False Hearts a difficult book to put down.” —A. M. Dellamonica, author of Child of a Hidden Sea

“A smart debut from someone who's clearly got what it takes.” —Peter F. Hamilton, author of the Commonwealth Saga

LAURA LAM was raised in San Francisco and currently resides in Scotland. She is known for her young adult books, and her novel Pantomime was a Bisexual Award winner as well as being a Top 10 Title for the American Library Association's Rainbow List. False Hearts is her first novel for adults.
Loading...
or support indie stores by buying on