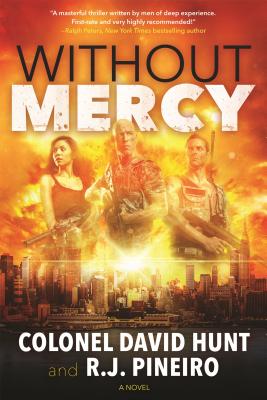 “A masterful thriller written by men of deep experience. Epic in scale yet swiftly paced, Without Mercy is as convincing as it is chilling. . . . First-rate and very highly recommended!” —Ralph Peters, New York Times bestselling author

“The authenticity of the story makes the tale particularly terrifying, especially at a time when real-life international relations appear unstable. A fine apocalyptic thriller right up the alley of Clancy and Thor fans.” —Booklist

"A gripping and rather terrifying thriller . . . The story moves at top speed throughout." —BookLoons

“A superb book . . . one of the best thrillers I have read since Stephen Coonts’ Liberty’s Last Stand. I did not want to put it down.” —Fresh Fiction