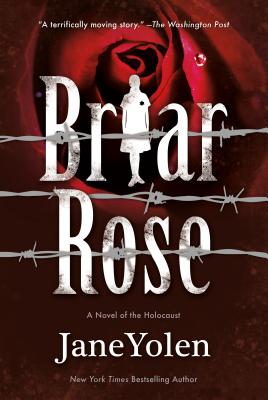 A Novel of the Holocaust (Fairy Tales)

By Jane Yolen, Terri Windling (From an idea by)

Briar Rose is a historically sensitive retelling of Sleeping Beauty set amid forests patrolled by the German army during World War II.

In the heat of midsummer 1942, deep in a forest in the heart of Poland, Briar Rose arrives at a castle that has fallen into the hands of an evil army. Corrupted by dark deeds and choked by a poisonous mist, the castle will soon come to be known as Chelmno extermination camp. And in that place of death, Briar Rose is plunged into a deep sleep....

Ever since she was a child, Rebecca has been enchanted by her grandmother Gemma's stories of Briar Rose. Becca would have sworn the stories were made up, but on her deathbed Gemma extracts from Becca a promise to fulfill three impossible requests: find the castle, find the prince, and find the spell-maker. Her vow sends Becca on a remarkable journey to uncover the truth of Gemma's astonishing claim: I am Briar Rose.

Yolen's graceful retelling of the German folktale of “Briar Rose”—known to some as “Sleeping Beauty”—sets the story amid forests patrolled by the German army during World War II. Yolen confronts the deeply tragic events of the Holocaust with lyrical prose and rich characterizations that tell a tale of good and evil, hope and despair.

Terri Windling is a writer, editor, artist, and passionate advocate of fantasy literature. She has won six World Fantasy awards for her editorial work and the Mythopoeic Award for her novel The Wood Wife. She has edited over thirty anthologies, many in collaboration with Ellen Datlow--including the Snow White, Blood Red adult fairy-tale series, The Armless Maiden, Sirens, The Green Man, and Swan Sister. She has also written children's books and articles on myth and folklore, and she edits the Endicott Studio Online Journal of Mythic Arts website. She divides her time between homes in Devon, England, and Tucson, Arizona.
or support indie stores by buying on
Copyright © 2020 American Booksellers Association