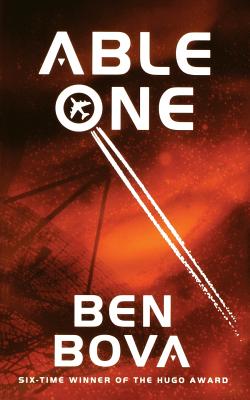 When a nuclear missile launched by a rogue North Korean faction explodes in space the resulting shockwave destroys the world's satellites, throwing global communication into chaos. The United States military satellites, designed to withstand such an assault, show that two more missiles are sitting on the launch pad in North Korea, ready to be deployed. Faced with the threat of a thermonuclear attack, the United States has only one possible defense: Able One.

ABL-1, or Able One, is a modified 747 fitted with a high-powered laser able to knock out missiles in flight. But both the laser's technology and the jet's crew are untested. What was originally to be a training flight with a skeleton crew turns into a desperate race to destroy the two remaining nukes. Will Able One's experimental technology be enough to prevent World War III-especially when it becomes clear that a saboteur is onboard?


Praise For Able One…

“Bova proves himself equal to the task of showing how adversity can temper character in unforeseen ways.” —The New York Times

“A cautionary but hopeful thriller . . . Modern twists and a genuinely surprising ending.” —Publishers Weekly on The Green Trap

“Bova brings his usual imaginative plotting and attention to detail to this contemporary thriller, and fans of the author, as well as those of Michael Crichton-style science thrillers, should be well pleased.” —Booklist on The Green Trap

“Ben Bova's latest near-future SF thriller supplies a suspenseful ride and plenty of high-tech hardware as it builds to a climactic confrontation over Washington, D.C.” —Publishers Weekly on Powersat