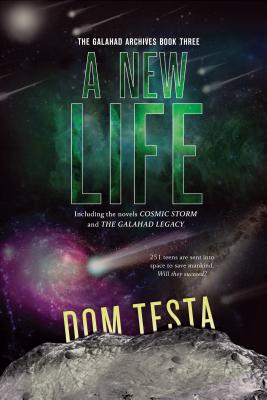 In Cosmic Storm, sixteen-year-old commander Triana Martell has disappeared. Not knowing if she is alive or dead, the crew must hold an election to replace her. Council member Gap seems the most likely candidate until an old flame shocks him by adding her name to the ballot. In The Galahad Legacy, the crew comes face-to-face with extraterrestrial life. An ambassador of an alien race comes to them with a proposal that could be their only hope for survival. And it comes at an astronomical price. Beset with doubts and surrounded by danger, can the crew of Galahad find a way to reach their destination--a new home for the human race?

The Comet’s Curse, now collected in The Galahad Archives Book One: Leaving Earth, is on the American Library Association’s Popular Paperback for Young Adults list.