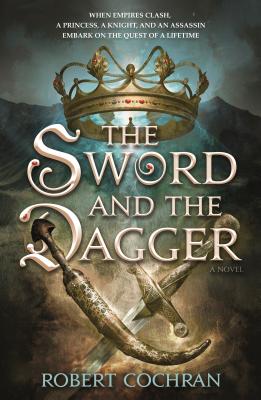 The Sword and the Dagger

The Sword and the Dagger is an epic YA historical adventure by debut novelist Robert Cochran, the Emmy Award-winning executive producer and co-creator of the hit TV series 24.

When empires clash,
a Princess, a Knight, and an Assassin
embark on the quest of a lifetime

During the time of the Crusades, an unlikely trio—a Christian princess, her affianced prince, and a Muslim assassin—embarks on a quest to the court of the most fearsome warrior the world has ever known, Genghis Khan.

A rousing tale of adventure and romance about three young people who must grapple with fundamental issues of loyalty, friendship, faith, honor, and courage against the backdrop of conflicts that still resonate today.


Praise For The Sword and the Dagger: A Novel…

“A robust, galloping adventure.... The Sword and the Dagger kept me turning the pages well into the night.”—Gregory Maguire, New York Times bestselling author of Wicked

An Emmy Award-winning executive producer and showrunner, Robert Cochran co-created and executive produced the international television series phenomenon 24, as well as the FOX franchise event series reboot, 24: Live Another Day. Cochran is also the executive producer of the successful television series La Femme Nikita, and created a limited series based on the Crusades for Germany's Tandem Television. Cochran began his career as a writer on numerous popular television shows such as JAG, The Commish, Falcon Crest, and L.A. Law, to name a few. He has also scripted Disavow, a television pilot based on the true story of a special government agent's betrayal and reconciliation with the CIA.
Loading...
or
Not Currently Available for Direct Purchase