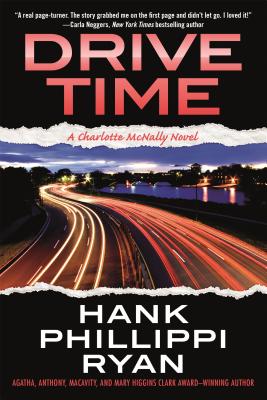 Investigative reporter Charlotte McNally is an expert at keeping things confidential, but suddenly everyone has a secret--and it turns out it is possible to know too much.

Her latest scoop--an expose of a counterfeit car scam, complete with stakeouts, high-speed chases and hidden-camera footage--is ratings gold. But soon that leads her to a brand-new and diabolical scheme. Charlie's personal and professional lives are on a collision course, too. Her fiance is privy to information about threats at an elite private school that have turned deadly.

Charlie had never counted on happy endings. But now, just as she's finally starting to believe in second changes, she realizes revenge, extortion and murder may leave her alone again--or even dead...

HANK PHILLIPPI RYAN has won five Agatha Awards, in addition to the Anthony, Macavity, Daphne du Maurier, and Mary Higgins Clark Award for her bestselling mystery novels. As an investigative reporter, her work has resulted in new laws, criminals sent to prison, homes saved from foreclosure, and millions of dollars in restitution for victims and consumers. Along with her 36 Emmys and 14 Edward R. Murrow awards, Hank has received dozens of other honors for her ground-breaking journalism. A former president of Sisters in Crime and founder of MWA University, she lives in Boston with her husband, a nationally renowned civil rights and criminal defense attorney. She is the author of Trust Me, and the Jane Ryland series (The Other Woman, The Wrong Girl, Truth be Told, Say No More and What You See).
Loading...
or support indie stores by buying on