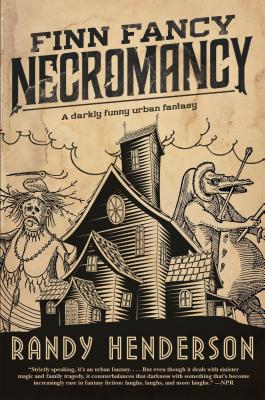 Finn Gramaraye was framed for the crime of dark necromancy at the age of 15, and exiled to the Other Realm for twenty five years. But now that he's free, someone—probably the same someone—is trying to get him sent back. Finn has only a few days to discover who is so desperate to keep him out of the mortal world, and find evidence to prove it to the Arcane Enforcers. They are going to be very hard to convince, since he's already been convicted of trying to kill someone with dark magic.

Randy Henderson is a 1st place winner of Writers of the Future, a Clarion West graduate, and member of SFWA and Codex. His short fiction has appeared in places like Penumbra, Escape Pod, and Realms of Fantasy, as well as anthologies. He is the author of Bigfootloose and Finn Fancy Free.
Loading...
or support indie stores by buying on