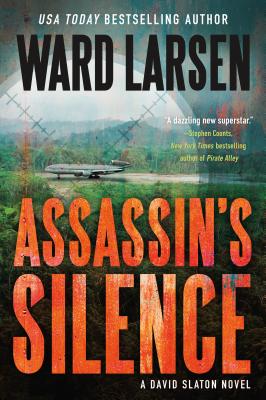 When it comes to disappearing, David Slaton has few equals. Police in three countries have written off trying to find him. His old employer, Mossad, keeps no forwarding address. Even his wife and son are convinced he is dead. So when an assault team strikes, Slaton is taken by surprise. He kills one man and manages to escape.

Half a world away, in the baleful heat of the Amazon, an obscure air cargo company purchases a derelict airliner. Teams of mechanics work feverishly to make the craft airworthy. On the first flight, the jet plunges toward the ocean.

The CIA assesses the two spectacles: a practiced killer leaving a trail of bodies across Europe, and a large airplane disappearing without a trace. The two affairs are increasingly seen to be intertwined. Langley realizes the killer is a man long thought to be dead, and the lost airliner has been highly modified into a tool of unimaginable terror.

When their worst fears are realized, Langley must trust the one man who can save them: David Slaton, the perfect assassin.

"Assassin's Game is a superbly written story, a classic thriller, where you know there are secrets and mysteries to be revealed, and you can't wait to find out." —Larry Bond, New York Times bestselling author of Lash-Up

WARD LARSEN is a USA Today bestselling author and three-time winner of the Florida Book Award. His work has been nominated for both the Edgar and Macavity Awards. A former US Air Force fighter pilot, Larsen flew more than twenty missions in Operation Desert Storm. He also served as a federal law enforcement officer and is a trained aircraft accident investigator. Look for Amber Entertainment's film adaptation of Larsen's first thriller, The Perfect Assassin.
or
Not Currently Available for Direct Purchase