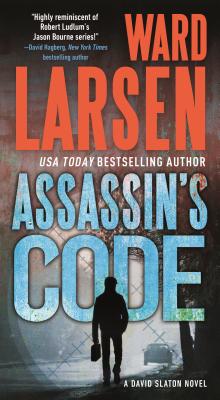 Praise for the David Slaton Novels

“A must-read for anyone looking for the next great assassin saga.”
—Kirkus Reviews on Assassin’s Game

“A stunning thriller, one that ranks right up there with Day of the Jackal. Frankly, this is the best nail-biting suspense novel I’ve read in years.”
—Stephen Coonts, New York Times bestselling author of The Art of War, on Assassin’s Game

“Sharp as a dagger and swift as a sudden blow, Assassin’s Game is a first-rate thriller with a plot that grabs you hard and won’t let go.”
—Ralph Peters, New York Times bestselling author, on Assassin’s Game

WARD LARSEN is a USA Today bestselling author and three-time winner of the Florida Book Award. His work has been nominated for both the Edgar and Macavity Awards. A former US Air Force fighter pilot, Larsen flew more than twenty missions in Operation Desert Storm. He also served as a federal law enforcement officer and is a trained aircraft accident investigator. Look for Amber Entertainment's film adaptation of Larsen's first thriller, The Perfect Assassin.
Loading...
or support indie stores by buying on