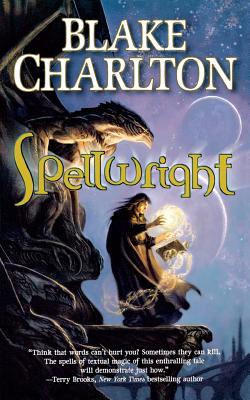 Yet he has always felt that he is destined to be something more than a failed wizard. When a powerful, ancient evil begins a campaign of murder and disruption, Nicodemus starts to have disturbing dreams that lead him to believe that his misspelling could be the result of a curse. But before he can discover the truth about himself, he is attacked by an evil which has already claimed the lives of fellow wizards and has cast suspicion on his mentor. He must flee for his own life if he's to find the true villain.

BLAKE CHARLTON is the author of Spellwright and Spellbound and is currently a medical student at Stanford University. An active, engaging presence online, he lives in the San Francisco Bay area where he is working on the final novel of the Spellwright Trilogy.
Loading...
or support indie stores by buying on