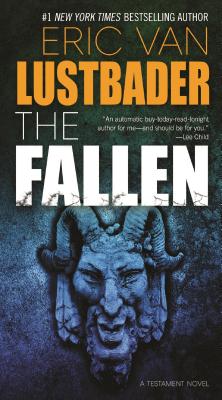 The End of Days has been predicted for millennia. Now, in a hidden cave in the mountains of Lebanon, a man makes a fateful discovery. He will bring what has been forbidden for thousands of years into the light: the Testament of Lucifer.

In Istanbul, Bravo Shaw, head of the Gnostic Observatine sect, is warned by Fra Leoni that an unfathomable danger has arisen in the war between Good and Evil: Lucifer’s advance guard, the Fallen. Humankind is in danger of being enslaved by the forces of evil.

In the sequel to his international bestseller The Testament, Lustbader delivers a new action-packed trilogy that explores religion, politics, and civilization, and even the depths of morality.


Praise For The Fallen: A Testament Novel (The Testament Series #2)…

"Lustbader is an automatic buy-today-read-tonight author for me—and should be for you."—Lee Child, New York Times bestselling author of 61 Hours

"A master who knows how to manipulate the reader in fiendishly exciting ways."—Steve Berry, New York Times bestselling author of The Venetian Betrayal

"Rarely have I read a book that grabs you so fast in the opening scene, then keeps up the pace until the very last page."—Jeffery Deaver, New York Times bestselling author of The Sleeping Doll, on First Daughter

"A terrific story, swift-moving and thought-provoking, but told with a depth and tenderness that will last long after you have closed the final page."—Anne Perry, New York Times bestselling author of At Some Disputed
Barricade, on Last Snow