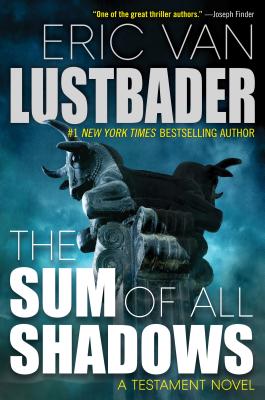 The Sum of All Shadows (The Testament Series #4)

The Final Battle is here.

For millennia, Lucifer—the Sum of All Shadows—has been rebuilding his influence. At long last, he is ready to enact his ultimate revenge against Heaven. To do that, he must first annihilate the world and its inhabitants.

Standing in his way is one extraordinary family: the Shaws.

To save the world, Bravo and Emma Shaw have recovered the lost Testament, battled across continents, and fought adversaries both powerful and terrifying. But nothing that has come before can prepare them for the Final Battle. As predicted centuries ago, the End Times has arrived. Lucifer, heading an infernal army, means to destroy the Shaws once and for all. Now, racing to find the lost treasure of King Solomon’s alchemical gold, Bravo and Emma must put their trust in strangers in strange lands.

But even if they are successful, their lives may still be forfeit…


Praise For The Sum of All Shadows (The Testament Series #4)…

"Sensational...ancient intrigue and modern action prove that the future of the thriller lies in the past." -- Lee Child

ERIC VAN LUSTBADER is the author of many New York Times bestselling thrillers, including The Testament, First Daughter, Last Snow, and Blood Trust. Lustbader was chosen by Robert Ludlum's estate to continue the Jason Bourne series. He and his wife live on the South Fork of Long Island.
Loading...
or support indie stores by buying on