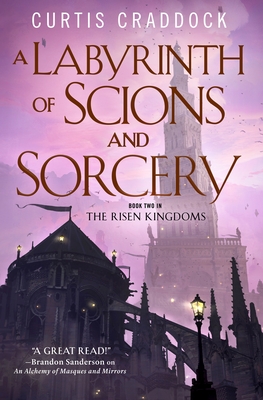 A Labyrinth of Scions and Sorcery


Praise For A Labyrinth of Scions and Sorcery: Book Two in the Risen Kingdoms…

Curtis Craddock lives in Sterling, CO where he teaches English to inmates in a state penitentiary. An Alchemy of Masques and Mirrors is his first book.
Loading...
or
Not Currently Available for Direct Purchase