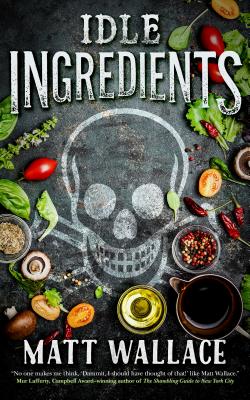 "Hilarious, raucous — and leaves you literally hungry." —The Washington Post

Catering for a charismatic motivational speaker, the staff of the Sin du Jour catering agency find themselves incapacitated by a force from within their ranks. A smile and a promise is all it took.

And for some reason, only the men are affected. It’s going to take cunning, guile and a significant amount of violence to resolve.

Another day of cupcakes and evil with your favorite demonic caterers.