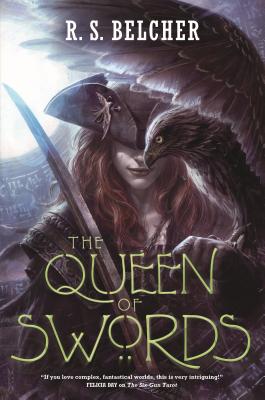 1720. Escaping the gallows, Anne Bonney, theinfamous pirate queen, sets sail in search of a fabulous treasure said to behiding in a lost city of bones somewhere in the heart of Africa. But what she finds is a destiny she never expected . . . .

1870. Maude Stapleton is a respectable widow raising a daughter on her own. Few know, however, that Maude belongs to anancient order of assassins, the Daughters of Lilith, and heir to the legacy of Anne Bonney, whose swashbuckling exploits blazed a trail that Maude must now follow—if she ever wants to see her kidnapped daughter again!

Searching for her missing child, come hell or high water, Maude finds herself caught in the middle of a secret war between the Daughters of Lilith and their ancestral enemies, the monstrous Sons ofTyphon, inhuman creatures spawned by primordial darkness, she embarks on a perilous voyage that will ultimately lead her to the long-lost secret of Anne Bonney—and the Father of All Monsters.

Oneof the most popular characters from The Six-Gun Tarot and The Shotgun Arcana now ventures beyond the Weird West on a boldly imaginative, globe-spanning adventure of her own!


Praise For The Queen of Swords (Golgotha #3)…

“Belcher’s enjoyable third historical fantasy employs considerable imagination to drop readers into a fully formed world of magic and mysticism, drawing on ancient cultures and rituals while serving up exciting action sequences . . . Fans of the Golgotha series will adore this, and new readers will find a rich new world to fall into as well as two very strong heroines to root for.” —Publishers Weekly

"Belcher takes the reader on the adventure of a lifetime . . . From the turbulent high seas to the dark heart of Africa, Belcher uses the past and present to tell a fantastical story of three formidable women whose lives are intertwined through history, fate and blood. Fans will cheer the powerful female protagonists who are indeed the queens of this world.”—RT Book Reviews

“Belcher is in fine form with this epic adventure tale that spans generations, a story that puts its female characters front and center . . . Everything about this story snaps together like a well-made puzzle. Five Stars.”—Books, Bones & Buffy