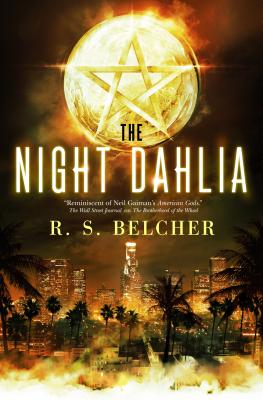 Laytham Ballard once protected humanity as part of the Nightwise, a secret order of modern-day mages dedicating to holding hellish supernatural forces at bay, but that was before a string of sadistic ritual murders shook everything he believed in—and sent him down a much darker path. One that has already cost him most of his soul, as well as everything he once held dear.

Now a powerful faerie mob boss has hired Ballard to find his lost-lost daughter, who went missing several years ago. The long-cold trail leads him across the globe, from the luxurious playgrounds of the rich and famous to the seedy occult underbelly of Los Angeles, where creatures of myth and legend mingle with street gangs and sex clubs, and where Ballard finds his own guilty past waiting for him around every shadowy corner. To find Caern Ankou, he will have to confront old enemies, former friends and allies, and a grisly cold case that has haunted him for years.

But is Caern still alive? And, perhaps more importantly, does she even want to be found?


Praise For The Night Dahlia (Nightwise #2)…

A fun, rollicking, dark, and disturbing romp through a magical western world . . . a whirlwind of shootouts, assassins, cults, zombies, magic, attractive ladies, dubious morals, and demonic possession, sure to keep you on your toes. —San Francisco Book Review on The Six-Gun Tarot

“Belcher’s relentlessly vivid imagination and brilliant prose drive this sensational noir urban fantasy . . . this is a book that is wholly addictive.”—RT Book Reviews

“Another fine effort from Belcher, ripped from a dark, dark place.”—Kirkus Reviews