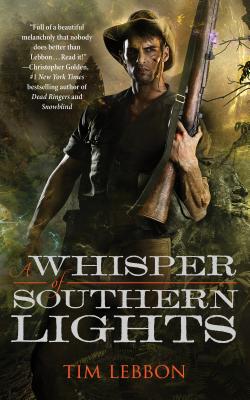 A Whisper of Southern Lights (The Assassins Series)

Death and destruction follow the demon wherever he treads, and Gabriel is rarely far behind, waiting for his chance to extinguish the creature known as Temple once and for all.

But in Singapore during the Second World War, a lone soldier in possession of a shattering secret gets caught up in their battle. The knowledge he holds could change the course of their ancient conflict… and the fate of the world.

A Whisper of Southern Lights is a standalone tale in the Assassins series by Tim Lebbon.

PRAISE FOR A WHISPER OF SOUTHERN LIGHTS

"A Whisper of Southern Lights is full of a beautiful melancholy that nobody does better than Lebbon. A tale of immortals engaged in a blood-spattered, centuries-old cat-and-mouse game... Read it!"

Tim Lebbon is the New York Times bestselling author of the movie novelizations of 30 Days of Night and The Cabin in the Woods. He has also written many critically acclaimed dark fantasy and crime novels. Tim has won three British Fantasy Awards, a Bram Stoker Award, a Shocker, a Tombstone and been a finalist for the International Horror Guild and World Fantasy Awards.
Loading...
or support indie stores by buying on