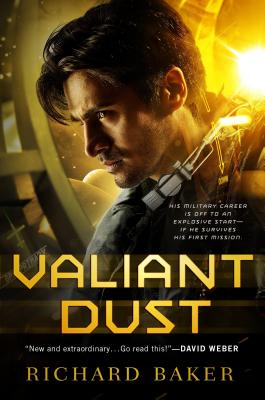 Sikander Singh North has always had it easy--until he joined the crew of the Aquilan Commonwealth starship CSS Hector. As the ship's new gunnery officer and only Kashmiri, he must constantly prove himself better than his Aquilan crewmates, even if he has to use his fists. When the Hector is called to help with a planetary uprising, he'll have to earn his unit's respect, find who's arming the rebels, and deal with the headstrong daughter of the colonial ruler--all while dodging bullets.

Sikander's military career is off to an explosive start--but only if he and CSS Hector can survive his first mission.

RICHARD BAKER is a former United States Navy officer and a well-known game designer. He is also the author of Several novels, including the New York Times bestseller Condemnation and the highly acclaimed The Last Mythal trilogy. His game design credits include the Alternity Science Fiction Roleplaying Game, and the Axis & Allies Naval Miniatures Game--the best-selling naval wargame.
Loading...
or
Not Currently Available for Direct Purchase