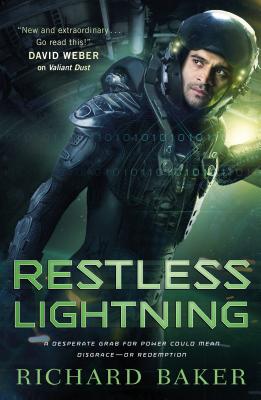 “[A] riveting space opera as tectured in politics and psychology as it is in battle details in the military-sf tradition of David Weber and David Drake.”—Booklist

“Wrapped up in a pretty pink bow, Restless Lightning is a fun fireside read, perfect to break up the stresses of everyday life.”—BookPage