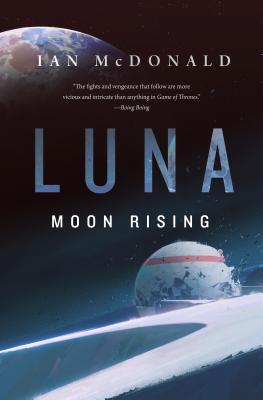 A hundred years in the future, a war wages between the Five Dragons—five families that control the Moon’s leading industrial companies. Each clan does everything in their power to claw their way to the top of the food chain—marriages of convenience, corporate espionage, kidnapping, and mass assassinations.

Through ingenious political manipulation and sheer force of will, Lucas Cortas rises from the ashes of corporate defeat and seizes control of the Moon. The only person who can stop him is a brilliant lunar lawyer, his sister, Ariel.