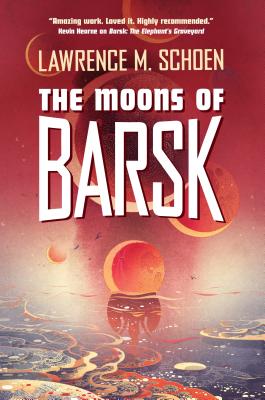 The Moons of Barsk

Pizlo, the lonely young outcast and physically-challenged Fant, is now a teenager. He still believes he hears voices from the planet’s moons, imparting secret knowledge to him alone. And so embarks on a dangerous voyage to learn the truth behind the messages. His quest will catapult him offworld for second time in his short life, and reveal things the galaxy isn’t yet ready to know.

Elsewhere, Barsk's Senator Jorl, who can speak with the dead, navigates galactic politics as Barsk's unwelcome representative, and digs even deeper into the past than ever before to discover new truths of his own.


Praise For The Moons of Barsk…