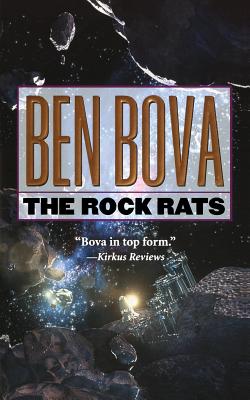 Visionary space industrialist Dan Randolph is dead-but his protégé, pilot Pancho Barnes, now sits on the board of his conglomerate. She has her work cut out for her. For Randolph's rival, Martin Humphries, still wants to control Astro and still wants to drive independent asteroid miners like Lars Fuchs out of business. Humphries wants revenge against Pancho-and, most of all, he wants his old flame, Amanda, who has become Lars Fuchs's wife.

Brimming with memorable characters and human conflict, rugged high-tech prospectors and boardroom betrayals, The Rock Rats continues the tale of our near-future struggle over the incalculable wealth of the Asteroid Belt, the richest source of raw mineral wealth known to humankind. Before it ends, many will die-and many will achieve more than they ever dreamed was possible.