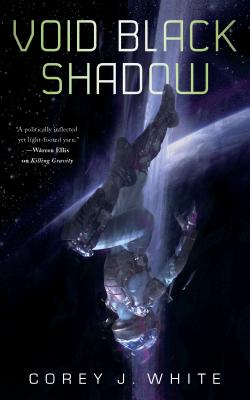 Mars Xi is a living weapon, a genetically-manipulated psychic supersoldier with a body count in the thousands, and all she wanted was to be left alone. People who get involved with her get hurt, whether by MEPHISTO, by her psychic backlash, or by her acid tongue. It's not smart to get involved with Mars, but that doesn't stop some people from trying.

The last time MEPHISTO came for Mars they took one of her friends with them. That was a mistake. A force hasn't been invented that can stop a voidwitch on a rampage, and Mars won't rest until she's settled her debts.

“Mars is a great character… Readers will root for her and have fun following along on her adventures.” —Booklist on Void Black Shadow

“This novella feels like a blockbuster, full of imaginative worldbuilding and fight sequences.” —Publishers Weekly

“Rip-roaring space opera with a side of magic mushrooms! Fans of Firefly will love Killing Gravity.” —Will McIntosh, Hugo Award-winning author of Love Minus Eighty.

“You might think that giving us a protagonist who can crush spaceships with her mind would unbalance the story, but White does an excellent job of writing thrilling, kinetic action scenes with Mariam and her powers, while introducing real and sensible limits to those powers.” —RT Book Reviews

“If you’re hungering for a snark-soaked adventure with a side helping of fabulous space-craftery and densely packed adventure, Killing Gravity might be what you’re after.” —Jeremy Szal

Corey J. White is the author of Repo Virtual and The VoidWitch Saga—Killing Gravity, Void Black Shadow, and Static Ruin—published by Tordotcom Publishing. They studied writing at Griffith University on the Gold Coast, and are now based in Melbourne, Australia.Their novel, Repo Virtual, won the Aurealis Award for Best Science Fiction Novel.
Loading...
or
Not Currently Available for Direct Purchase