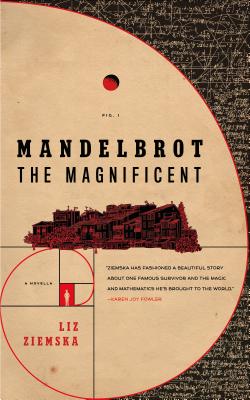 "Liz Ziemska has fashioned a beautiful story about one famous survivor and the magic and mathematics he’s brought to the world." —Karen Joy Fowler

Mandelbrot the Magnificent is a stunning, magical pseudo-biography of Benoit Mandelbrot as he flees into deep mathematics to escape the rise of Hitler

Born in the Warsaw ghetto and growing up in France during the rise of Hitler, Benoit Mandelbrot found escape from the cruelties of the world around him through mathematics. Logic sometimes makes monsters, and Mandelbrot began hunting monsters at an early age. Drawn into the infinite promulgations of formulae, he sinks into secret dimensions and unknown wonders.

His gifts do not make his life easier, however. As the Nazis give up the pretense of puppet government in Vichy France, the jealousy of Mandelbrot’s classmates leads to denunciation and disaster. The young mathematician must save his family with the secret spaces he’s discovered, or his genius will destroy them.


Praise For Mandelbrot the Magnificent: A Novella…

"A gut punch of a novella. . . . Ziemska has created a dazzling mix of math and magic."—The Washington Post

In Mandelbrot the Magnificent, the talented and imaginative, the impeccable Liz Ziemska has fashioned a beautiful story about one famous survivor and the magic and mathematics he’s brought to the world." —Karen Joy Fowler

"Mandelbrot the Magnificent is completely persuasive in its magical-realist rendering of the émigré experience in occupied France in World War II." —Jim Shepard

“Pure delight and a sense of play right up against the gravity and horrors of history; this is writing that moves into different tones with such ease and joy, even at its most serious.” —Aimee Bender

Liz Ziemska is a graduate of the Bennington Writing Seminars. Her work has appeared in Tin House, Interfictions: 2, Strange Horizons, Best American Science Fiction and Fantasy, The Pushcart Prize XLI, and has been nominated for a Shirley Jackson Award. She is the author of Mandelbrot the Magnificent and lives in Los Angeles.
Loading...
or support indie stores by buying on