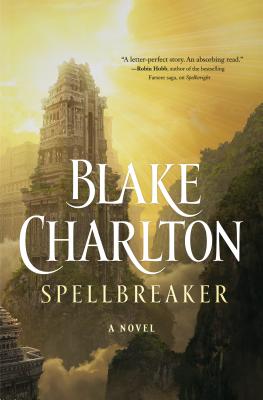 The Verge's New Adventures: All the Best Science Fiction and Fantasy Books Coming Out In August

Leandra Weal is in trouble. After obtaining a prophetic spell that provides a glimpse one day into her future, Leandra discovers that she will either murder someone she loves or die herself. Problem is, the potential murder victim could be nearly anyone in her family. That's a pretty big problem for a woman who has a shark god for a lover, a hostile empress for an aunt, a rogue misspelling wizard for a father, and a mother who--especially when arguing with her daughter--can be a real dragon. Leandra's quest to unravel the mystery of the murder she will commit becomes more urgent when her chronic disease flares up. As chaos spreads, the Weals must race to uncover the shocking truth about a prophesied demonic invasion, human language, and their own identities-if they all don't kill each other first. From Blake Charlton comes an exciting stand-alone fantasy in the acclaimed epic fantasy series that began with Spellwright and Spellbound.

BLAKE CHARLTON received a grant to write fantasy books pertaining to medical practice and science while still a medical student at Stanford. An active, engaging public speaker, proud dyslexic, and one-time fellow at the Journal of the American Medical Association Internal Medicine, Charlton's non-fiction has appeared in The BMJ and New York Times, among other publications. He is now a cardiology fellow at University of California, San Francisco, where he is plotting his next book.
Loading...
or
Not Currently Available for Direct Purchase