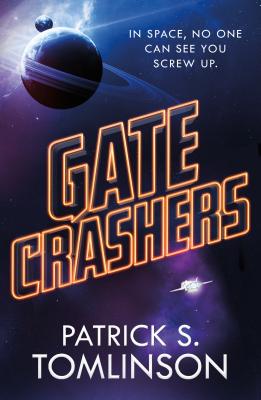 The only thing as infinite and expansive as the universe is humanity’s unquestionable ability to make bad decisions.

Humankind ventures further into the galaxy than ever before… and immediately causes an intergalactic incident. In their infinite wisdom, the crew of the exploration vessel Magellan, or as she prefers “Maggie,” decides to bring the alienstructure they just found back to Earth. The only problem? The aliens are awfully fond of that structure.

A planet full of bumbling, highly evolved primates has just put itself on a collision course with a far wider, and more hostile, galaxy that is stranger than anyone can possibly imagine.

"Tomlinson's well-plotted tale of first contact pinballs between hard science-fiction and hilarity, delivering a thrilling yarn that'll have you both laughing and biting your nails, often at the same time. Most of all, though, it's damn fun!" — Matt Forbeck, Halo: Bad Blood