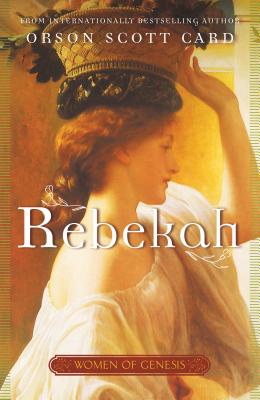 Women of Genesis (A Novel)

Born into a time and place where a woman speaks her mind at her peril, and reared as a motherless child by a doting father, Rebekah grew up to be a stunning, headstrong beauty. She was chosen by God for a special destiny.

Rebekah leaves her father's house to marry Isaac, the studious young son of the Patriarch Abraham, only to find herself caught up in a series of painful rivalries, first between her husband and his brother Ishmael, and later between her sons Jacob and Esau. Her struggles to find her place in the family of Abraham are a true test of her faith, but through it all she finds her own relationship with God and does her best to serve His cause in the lives of those she loves.


Praise For Rebekah: Women of Genesis (A Novel)…

“This is an inventive and engaging telling of the life of Sarah, the woman who laughed at God’s news (that so old a woman would now bear a child)—and who gives as good as she gets throughout both the book of Genesis and Card’s novel.”—Historical Novel Society

"This series is definitely for those interested in women in the Bible, and in such novels as The Red Tent." —Kliatt

“The story moves swiftly, climaxing at several points, such as Abram and Sarai’s stay in Egypt when the pharaoh wants to take Sarai as his wife. It is a quick and interesting read…. This is an intriguing story.”—Pittsburgh Post-Gazette