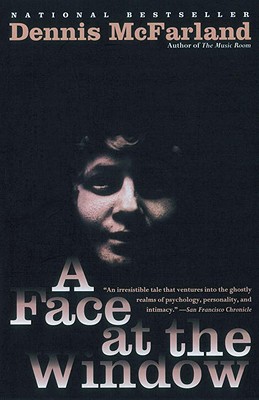 A Face at the Window

After sending their only daughter off to boarding school, Cookson Selway and his wife, Ellen, travel to London to escape their empty house. But their quiet hotel has guests other than those on the register, and the vacation turns into a journey not only to another city but to another time. As Selway is drawn into a series of mysterious encounters with a young girl who died in a fall from his hotel window sixty years earlier, the characters of her life become more real to him than those of his own. An escapist with an alcoholic history, he secretly relishes the chance to move from his lackluster reality into the high drama of the girl's past. But as he begins to do so, he jeopardizes his marriage and the lives of those around him, and the consequences of his escape are far greater than he could ever have imagined.

In a novel that is by turns comic, terrifying, and tragic, Dennis McFarland delivers a fascinating story of a haunted man's spiritual awakening.


Praise For A Face at the Window…

The New York Times hailed School for the Blind as "an accomplished novel--the language soars."

The Chicago Tribune called the novel "an evocative, haunting story--beautifully constructed and told."