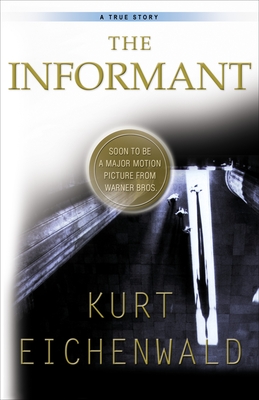 A page-turning real-life thriller that features deadpan FBI agents, crooked executives, idealistic lawyers, and shady witnesses with an addiction to intrigue, The Informant tells an important and compelling story of power and betrayal in America

Praise For The Informant: A True Story…

"The Informant is epic in scope, a tale of human foibles--of greed, deceit, and arrogance--and also of the search for truth. Eichenwald has told it masterfully, with the narrative drive of a novel. I guarantee it'll keep you reading late into the night."
-- Jonathan Harr, A Civil Action

"The Informant is superb reporting in the service of a great story, one with the drama and suspense of a Le Carré novel. Set squarely in the American heartland, delving into the inner sanctum of a global corporation, it explores the shifting boundaries of truth and deception, loyalty and betrayal. It is a remarkable achievement."
-- James B. Stewart, Den of Thieves and Blind Eye

"The twists and turns of this nonfiction work leave many thrillers in the dust. Eichenwald's spare prose and journalistic eye for detail make the pages fly."
-- David Baldacci, Absolute Power and Saving Faith

"I would say The Informant reads like Grisham, only nobody ever could have invented these characters. A tale this riveting and this strange could only have been built from truth."
-- Sherry Sontag, coauthor, Blind Man's Bluff

Kurt Eichenwald is a contributing editor at Vanity Fair and a New York Times bestselling author. He previously wrote about white-collar crime and corporate corruption for the New York Times for twenty years. A two-time winner of the prestigious George Polk award for excellence in journalism and a finalist for the 2000 Pulitzer Prize, he has been repeatedly selected by TJFR Business News Reporter as one of the nation's most influential financial journalists. He is the author of Serpent on the Rock and Conspiracy of Fools. Eichenwald lives in Westchester County, outside New York City, with his wife and three children.