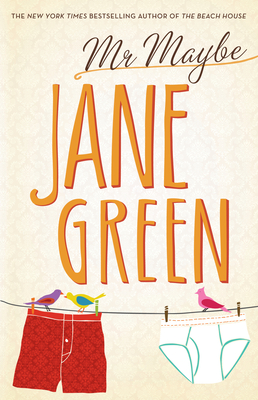 To Libby Mason, Mr. Right has always meant Mr. Rich. A twenty-seven-year-old publicist, she’s barely able to afford her fashionable and fabulous lifestyle, and often has to foot the bill for dates with Struggling Writer Nick, a sexy but perpetually strapped-for-cash guy she’s dating (no commitments–really). So when Ed, Britain’s wealthiest but stodgiest bachelor, enters the picture, her idea of the fairy-tale romance is turned on its head. Libby soon finds herself weighing the advantages of Nick’s sexual prowess and tender heart against Ed’s luxurious lifestyle and unlimited retail therapy. But when the diamond shopping commences, Libby is forced to realize that the time for “maybe” is up.

Taking romantic comedy to a hip, sparkling new level, Mr. Maybe is a classic tale of what happens to one girl when her heart and her head aren’t looking for the same thing. With a laugh a minute and a heroine whose struggles in the dating jungle will remind you of your own, Mr. Maybe is a story that will leave you smitten.

Praise For Mr. Maybe: A Novel…

“Jane Green’s third novel about the business of netting a man will go straight to the bestseller lists.” --Marie Claire

“There’s no maybe about it: Jane Green’s follow-up to Jemima J is a righteously hilarious read.” --Glamour

“It’s as frothy as a cappuccino-you’ll want to gulp it down.” --Essentials Magazine
or support indie stores by buying on
Copyright © 2020 American Booksellers Association