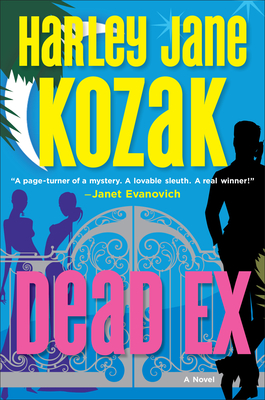 Wollie Shelley—the endearing, idiosyncratic heroine of the award-winning Dating Dead Men, Dating Is Murder, and A Date You Can’t Refuse—returns in a funny murder mystery set in the world of television soaps.

When David Zetrakis, the producer of a popular soap opera, is found shot to death the day after Christmas, Wollie Shelley finds herself caught up in the murder investigation. Zetrakis was one of the many Mr. Wrongs in Wollie’s career as a serial dater, and her friend Joey has emerged as the media’s prime suspect. A hot-tempered celebrity who had dated Zetrakis and was fired from his show some years ago, Joey has inherited a million-dollar Klimt from him. But Joey is not the only potential suspect. Zetrakis left lots of nice bequests to the cast and crew of the show. And as the dating correspondent on a talk show called SoapDirt, Wollie, who’s required to dine and dish with the stars, quickly discovers that the behind-the-scenes intrigues of television soaps are as highly charged as the on-screen shenanigans.

When Wollie is not trying to protect Joey from an onslaught of predatory reporters, she’s helping her brother make the transition from a mental hospital to a halfway house and negotiating her relationship with Simon, her FBI-agent boyfriend. Dead Ex is another full-out romp of a mystery sure to please Kozak’s many fans—and win her many new ones, too.

“Dead Ex is a charming book with a well-done mystery and one of the most likeable heroines in the genre.” —Chicago Sun-Times

Harley Jane Kozak is an actor whose screen credits include Parenthood, The Favor, and Arachnophobia. She is the author of A Date You Can’t Refuse, Dating Dead Men, Dating Is Murder, and Dead Ex. She lives in Agoura Hills, California.
Loading...
or
Not Currently Available for Direct Purchase