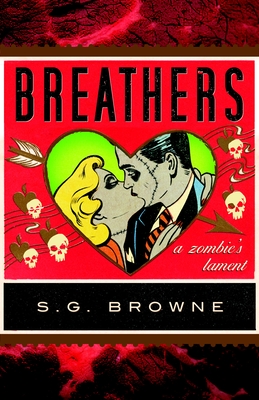 For fans of Max Brooks’s The Zombie Survival Guide and zombie aficionados everywhere, a hilarious debut novel about life (and love) after death.

Meet Andy Warner, a recently deceased everyman and newly minted zombie. Resented by his parents, abandoned by his friends, and reviled by a society that no longer considers him human, Andy is having a bit of trouble adjusting to his new existence. But all that changes when he goes to an Undead Anonymous meeting and finds kindred souls in Rita, an impossibly sexy recent suicide with a taste for the formaldehyde in cosmetic products, and Jerry, a twenty-one-year-old car-crash victim with an exposed brain and a penchant for Renaissance pornography. When the group meets a rogue zombie who teaches them the joys of human flesh, things start to get messy, and Andy embarks on a journey of self-discovery that will take him from his casket to the SPCA to a media-driven class-action lawsuit on behalf of the rights of zombies everywhere.

Darkly funny, surprisingly touching, and gory enough to satisfy even the most discerning reader, Breathers is a romantic zombie comedy (rom-zom-com, for short) that will leave you laughing, squirming, and clamoring for more.

Praise For Breathers: A Zombie's Lament…

Browne's black comedy debut brilliantly reinvents zombie culture for the 21st century. Andy Warner reanimates after the car accident that kills his wife, but is too mangled from his injuries to talk. He lives in his parents' wine cellar, occasionally attending a zombie support group and struggling to rejoin a society that offers the undead no rights, bans them from working and doesn't even punish those who destroy them. When Andy and his fellow zombies—notably Rita, a sexy suicide victim with a lipstick fetish, and Jerry, a Playboy-obsessed stoner—learn why they're so driven to consume human flesh, the repercussions are both tragic and hilarious. Browne neatly mixes humor and extreme violence with a surprisingly tender love story, some witty social satire and an extremely strong narrative voice. (Mar.) --Publishers Weekly (Starred)

The dead shall walk the earth, and they’re hungry for…love?
Debut novelist Browne branches out from his mostly horror-related short stories and delivers a rousing entry in the Rom-Zom-Com genre. Based on his short story “A Zombie’s Lament,” Browne’s mortality tale begins rather grimly but almost immediately picks up speed and humor to evolve into a terrific comedy about the perils and joys of life beyond death. Browne’s hero is Andy Warner, who survived, so to speak, the car crash that killed his wife but lost his vocal chords along with his life. Reduced to a pathetic existence consisting mostly of downing his father’s wine collection, suffering Glade spray-downs from his mother and attending the occasional Undead Anonymous meeting, old Andy is in pretty wretched shape. His afterlife takes a turn for the better when he meets Rita, a pale but lovely girl who slit her own throat, and Ray, a feisty undead hunter. Before long, Andy is fighting against zombie discrimination, mutilation and other forms of abuse by those unenlightened “breathers”: “After all, what do I have to lose by standing up for myself? If being a rotting corpse with no rights and no future isn’t the worst thing that can happen to me, it can’t be that much further to rock bottom.” The book has its share of gruesomeness, but it also offers astute observations on the world in which we live.
A zombie comedy with brains. --Kirkus

S.G. Browne is the author of Fated, Less Than Hero, Big Egos, Lucky Bastard, and more. Born in Arizona and raised in San Francisco, Browne attended the University of the Pacific in Stockton, CA. He currently lives and writes in San Francisco.
Loading...
or support indie stores by buying on