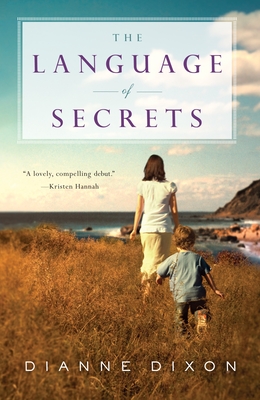 The Language of Secrets

Justin Fisher has a lovely wife, a young son, and a successful career as a manager of a luxury hotel, but he’s troubled by the hole in his life left by his absent family. Hardly sure anymore why they became estranged in the first place, Justin gathers the courage to reconnect, only to find that his parents have passed away.  And a visit to the cemetery brings the greatest shock of all—next to the graves of his father and mother sits a smaller tombstone for a three-year-old boy: a boy named Justin Fisher.

A story of betrayal and forgiveness, as well as one man’s search into a forgotten past, The Language of Secrets is a deeply emotional novel from a fresh and exciting new voice.


Praise For The Language of Secrets…

“Lovely, compelling. . . . The Language of Secrets explores the ramifications of loss, the aftermath of tragedy, and the sometimes terrible cost a child can pay for a parent’s guilt.” —Kristin Hannah

“The Language of Secrets is a psychological mystery with emotional underpinnings that will have you puzzled and intrigued right up to the moment Dixon’s sleight of hand is revealed.” —Sue Grafton

“This year’s The Memory Keeper’s Daughter and a perennial book club favorite. . . . An absorbing, provocative and satisfying read from the first page.” —The Huffington Post

“Suspenseful. . . . Dixon is an experienced screenwriter who knows how to . . . move the story along.” —The Boston Globe

“An intriguing mystery that strings the reader along to the very end. . . . Fascinating. . . . Dixon has a wonderful way with words that will inspire readers to stay up long past their bedtimes.  This one is sure to be a hit with anyone who picks it up.” —Sacramento Book Review

“A mystery wrapped in a family saga with a dark psychological undertow. . . . The Language of Secrets is a taut and well-told tale of distorted love and a lack of candor, which offers searing insight into the emotions of a child who was abandoned and abused.” —Pasadena Weekly

“The Language of Secrets is a tightly wound mystery. . . . Grabs you immediately. . . . A twisted and complex tale.” —Midwest Book Review

Dianne Dixon is a screenwriter living in California who has twice been nominated for an Emmy, has won a Humanitas Award for work done in television, and has been Visiting Professor of Creative Writing at Pitzer College, a member of the Claremont Colleges.