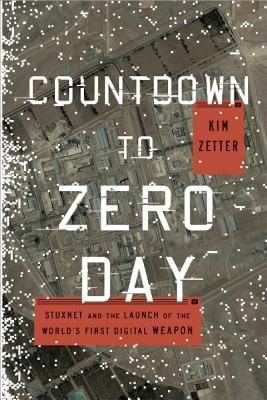 Stuxnet and the Launch of the World's First Digital Weapon

Top cybersecurity journalist Kim Zetter tells the story behind the virus that sabotaged Iran’s nuclear efforts and shows how its existence has ushered in a new age of warfare—one in which a digital attack can have the same destructive capability as a megaton bomb.

In January 2010, inspectors with the International Atomic Energy Agency noticed that centrifuges at an Iranian uranium enrichment plant were failing at an unprecedented rate. The cause was a complete mystery—apparently as much to the technicians replacing the centrifuges as to the inspectors observing them.

Then, five months later, a seemingly unrelated event occurred: A computer security firm in Belarus was called in to troubleshoot some computers in Iran that were crashing and rebooting repeatedly.

At first, the firm’s programmers believed the malicious code on the machines was a simple, routine piece of malware. But as they and other experts around the world investigated, they discovered a mysterious virus of unparalleled complexity.

They had, they soon learned, stumbled upon the world’s first digital weapon. For Stuxnet, as it came to be known, was unlike any other virus or worm built before: Rather than simply hijacking targeted computers or stealing information from them, it escaped the digital realm to wreak actual, physical destruction on a nuclear facility.

In these pages, Wired journalist Kim Zetter draws on her extensive sources and expertise to tell the story behind Stuxnet’s planning, execution, and discovery, covering its genesis in the corridors of Bush’s White House and its unleashing on systems in Iran—and telling the spectacular, unlikely tale of the security geeks who managed to unravel a sabotage campaign years in the making.

But Countdown to Zero Day ranges far beyond Stuxnet itself. Here, Zetter shows us how digital warfare developed in the US. She takes us inside today’s flourishing zero-day “grey markets,” in which intelligence agencies and militaries pay huge sums for the malicious code they need to carry out infiltrations and attacks. She reveals just how vulnerable many of our own critical systems are to Stuxnet-like strikes, from nation-state adversaries and anonymous hackers alike—and shows us just what might happen should our infrastructure be targeted by such an attack.

Propelled by Zetter’s unique knowledge and access, and filled with eye-opening explanations of the technologies involved, Countdown to Zero Day is a comprehensive and prescient portrait of a world at the edge of a new kind of war.

Praise For Countdown to Zero Day: Stuxnet and the Launch of the World's First Digital Weapon…

"Immensely enjoyable...Zetter turns a complicated and technical cyber- story into an engrossing whodunit...The age of digital warfare may well have begun."
--Washington Post

"Exhaustively researched...Zetter gives a full account of this “hack of the century,” as the operation has been called, [but] the book goes well beyond its ostensible subject to offer a hair-raising introduction to the age of cyber warfare."
--Wall Street Journal

“Part detective story, part scary-brilliant treatise on the future of warfare…an ambitious, comprehensive, and engrossing book that should be required reading for anyone who cares about the threats that America—and the world—are sure to be facing over the coming years.”
—Kevin Mitnick, New York Times bestselling author of Ghost in the Wires and The Art of Intrusion

“Unpacks this complex issue with the panache of a spy thriller…even readers who can’t tell a PLC from an iPad will learn much from Zetter’s accessible, expertly crafted account.”
—Publishers Weekly (starred)

“A true techno-whodunit [that] offers a sharp account of past mischief and a glimpse of things to come…Zetter writes lucidly about mind-numbingly technical matters, reveling in the geekery of malware and espionage, and she takes the narrative down some dark electronic corridors… Governments, hackers and parties unknown are launching ticking computer time bombs every day, all coming to a laptop near you.”
--Kirkus

"An exciting and readable story of the world's first cyberweapon. Zetter not only explains the weapon and chronicles its discovery, but explains the motives and mechanics behind the attack -- and makes a powerful argument why this story matters."
--Bruce Schneier, author of Secrets and Lies and Schneier on Security

KIM ZETTER is an award-winning journalist who covers cybercrime, civil liberties, privacy, and security for Wired. She was among the first journalists to cover Stuxnet after its discovery and has authored many of the most comprehensive articles about it. She has also broken numerous stories over the years about WikiLeaks and Bradley Manning, NSA surveillance, and the hacker underground.
Loading...
or
Not Currently Available for Direct Purchase