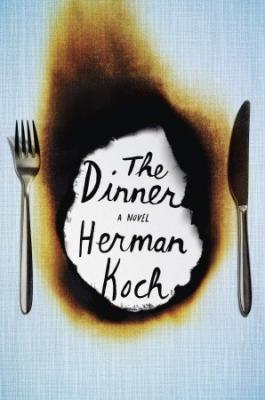 An internationally bestselling phenomenon: the darkly suspenseful, highly controversial tale of two families struggling to make the hardest decision of their lives -- all over the course of one meal.

It's a summer's evening in Amsterdam, and two couples meet at a fashionable restaurant for dinner. Between mouthfuls of food and over the polite scrapings of cutlery, the conversation remains a gentle hum of polite discourse -- the banality of work, the triviality of the holidays. But behind the empty words, terrible things need to be said, and with every forced smile and every new course, the knives are being sharpened.
Each couple has a fifteen-year-old son. The two boys are united by their accountability for a single horrific act; an act that has triggered a police investigation and shattered the comfortable, insulated worlds of their families. As the dinner reaches its culinary climax, the conversation finally touches on their children. As civility and friendship disintegrate, each couple show just how far they are prepared to go to protect those they love.
Tautly written, incredibly gripping, and told by an unforgettable narrator, The Dinner promises to be the topic of countless dinner party debates. Skewering everything from parenting values to pretentious menus to political convictions, this novel reveals the dark side of genteel society and asks what each of us would do in the face of unimaginable tragedy.


Praise For The Dinner…

“A European Gone Girl…The Dinner, a sly psychological thriller that hinges on a horrific crime and its consequences for two families, has become one of spring’s most anticipated suspense novels.” – The Wall Street Journal


“Poised to shake up American publishing…Koch tells a story that could very well take away your appetite.” —USA Today.com

“Herman Koch has written a sneakily disturbing novel.  He lures us into his story with his unfailingly reasonable tone (just acidic enough to be entertaining), and before we know it we've found ourselves in places we never would've consented to go.  The Dinner is a smart, amiably misanthropic book, and it's tremendous fun to read.” – Scott Smith, author of The Ruins

HERMAN KOCH is the author of seven novels and three collections of short stories. "The Dinner," his sixth novel, has been published in 25 countries, and was the winner of the Publieksprijs Prize in 2009. He currently lives in Amsterdam.