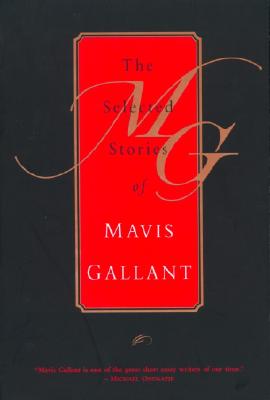 Since 1950, the year that The New Yorker accepted one of her short stories and changed her life, Mavis Gallant has written some of the finest short stories in the English language. In tribute to her extraordinary career this elegant 900-page volume brings together the work of her lifetime. Devoted admirers will find stories they do not know, or stories that they will re-
discover, and for newer admirers this is a treasure trove of 52 stories by a remarkable modern Canadian master.

Born in Montreal in 1922, Mavis Gallant left a career as a leading journalist in that city to move to Paris in 1950 to write.

Since that time she has been publishing stories on a regular basis in "The New Yorker," many of which have been anthologized. Her world-wide reputation has been established by books such as "From the Fifteenth District" and "Home Truths," which won the Governor General's Award in 1982. In that same year she was made an Officer of the Order of Canada, becoming a Companion of the Order in 1993, the year that she published "Across the Bridge" and was the recipient of a special tribute at the Harbourfront International Festival of Authors in Toronto. In 1996, "The Selected Stories of Mavis Gallant" was published to universal acclaim. "Paris Stories," a selection edited by Michael Ondaatje, appeared in 2002, and was followed by the companion volume "Montreal Stories," edited by Russell Banks, in 2004.

Gallant is a Foreign Honorary Member of the American Academy of Arts and Letters, and Fellow of the Royal Society of Literature. She has received several honorary degrees from Canadian universities and remains a much-sought-after public speaker. In 2001 she became the first winner of the Matt Cohen Award, and in 2002 she won the Blue Metropolis International Literary Grand Prix and the Rea Award for the Short Story.

She continues to live in Paris. "From the Hardcover edition."

Praise For The Selected Stories of Mavis Gallant…

“Mavis Gallant writes some of the most superbly crafted and perceptive stories of our time.” – Globe and Mail

“One of the best writers of our language, an artist who is above fad and fashion.” – Saturday Night

“[She is] the irrefutable master of the short story in English. . . . She is the standard.” – Fran Lebowitz