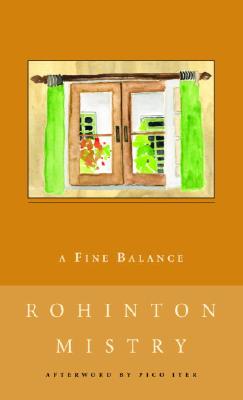 Set against the emergency measures imposed by Indira Gandhi in the mid-1970s, A Fine Balance follows the lives of four unlikely people as they struggle “to maintain a fine balance between hope and despair.” Originally published in 1995, A Fine Balance is both a warning about the human terrors that await a society without compassion and a testimony to the enduring greatness of the human spirit.

Rohinton Mistry was born in Bombay and now lives near Toronto. His first novel, Such a Long Journey, was shortlisted for the Booker Prize and received, among other awards, the Governor General's Award and the Commonwealth Writers Prize for Best Book of the Year. A Fine Balance""is his second novel, winner of the "Los Angeles Times "Book Prize in Fiction, the Giller Prize, and the Commonwealth Writers Prize as well as a Booker Prize finalist. Mistry is also the author of Swimming Lessons, a collection of short stories. "From the Hardcover edition."
Loading...
or
Not Currently Available for Direct Purchase