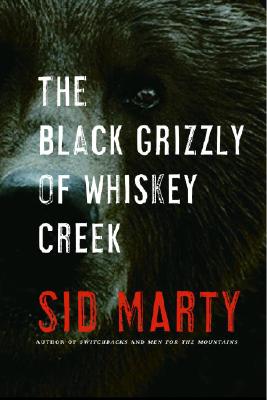 In describing the true events surrounding a series of frightening bear attacks in l980, a bestselling nature/adventure author explores our relationship with the great grizzly.

Many citizens of Banff, Alberta, valued living in a place where wildlife grazed on the front lawn; others saw wild bears as a mere roadside attraction. None were expecting the bear attacks that summer, which led to one man’s death. During the massive hunt that followed, Banff was portrayed in the international media as a town under siege by a killer bear, and the tourists stayed away. The pressure was on to find and destroy the Whiskey Creek mauler, but he evaded park wardens and struck again — and again. When the fight was over, the hard lessons learned led to changes that would save the lives of both bears and people in the coming years.

Sid Marty’s The Black Grizzly of Whiskey Creek is an evocative and gripping story that speaks to our complex and increasingly combative relationship with the wilderness and its inhabitants.

Sid Marty's work has been published in periodicals including "Equinox," "Canadian Geographic," "Legacy, Canadian Business," and "National Geographic Traveler." His prose and poetry have been published or reprinted in many literary periodicals, anthologies and school readers and his books about life in the mountains and prairies of Canada's west have been consistent bestsellers. Sid Marty lives and writes in grizzly bear country at the foot of the Rocky Mountains.

Praise For The Black Grizzly of Whiskey Creek…

“Marty’s latest, The Black Grizzly of Whiskey Creek, is a work of poetic genius. The book combines the best of hard investigative reporting with the narrative power of the finest literary journalism. It moves along at the clip of a detective story. It’s also a daring work of the imagination — much of the action unfolds from the perspective of a bear... It’s as good as nature writing gets.”
— Terry Glavin, author of Waiting for the Macaws and Other Stories from the Age of Extinction


“Some chapters will have your adrenalin coursing and your heart pounding; one or two others may make you weep. All of them will thrill you with the concrete vitality of landscape and language.” — Globe and Mail

Praise for Men for the Mountains
“This is a tour-de-force . . . with something vital to tell the myopic city dweller about what is happening to him in the Age of the Machine.” — Farley Mowat