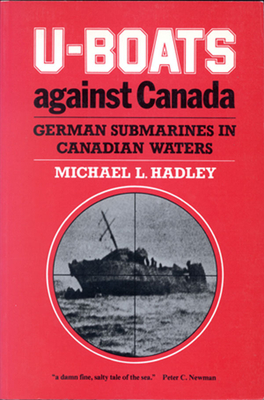 The U-boats constituted a serious threat to North American security and a major challenge to coastal and convoy defence. Hadley reveals the military and political impact on Canada of in-shore submarine warfare and vibrantly documents the successful German strategy of deploying daring long-range solo sorties to pin down the enemy close to home.

Praise For U-Boats Against Canada: German Submarines in Canadian Waters…

"Hadley's masterful saga of how Nazi U-boats invaded Canada's inland waters (to within 172 miles of Quebec City) brings World War II uncomfortably close to home ... and reminds us that we are even less immune to such problems in the future ... This book achieves its purpose both as a valuable compilation of original research and as a damn fine, salty tale of the sea." Peter C. Newman.