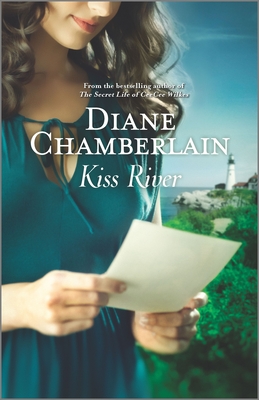 Separated by a continent from her child, Gina Higgins comes to Kiss River with little more than a desperate plan. Now, saving her daughter depends on whether she can uncover a message buried deep below the ocean's surface. Kiss River's historic nineteenth-century lighthouse has all but fallen into the sea, taking with it the huge Fresnel lens that once served as its beacon. Gina is desperate to find a way to raise the lens; the glass holds the key to her future, her fortune and her only chance to save the one person who matters to her. Clay O'Neill lives in the old light keeper's house, a home he shares with his sister, Lacey. When Lacey invites her to stay with them, Gina eagerly accepts. As Gina begins her quest to raise the lens, Clay finds himself drawn to her struggle, and to Gina herself. But the answers lie deep below the ocean. And the lighthouse holds secrets that neither Clay nor Gina can anticipate.... "Diane Chamberlain is a marvelously gifted author. Every book she writes is a gem "--Literary Times

Alternating chapters tell the stories of 14-year-old Bess Poor, the daughter of the Kiss River lighthouse keeper on North Carolina's Outer Banks during World War II, and Gina Higgins, a contemporary schoolteacher who has traveled to Kiss River on a mysterious quest. When Gina arrives, she discovers that the lighthouse she has come so far to see was nearly knocked down in a storm and that its lens lies at the bottom of the sea. She's taken in by Lacey and Clay, a sister and brother saddled with some serious issues, and as Gina and Clay develop a complicated relationship, the narrative is broken by Bess' 1942 diary entries detailing her romance with a young Coast Guardsman. Taking a job at a local gathering spot, Gina begins to join the community, but she is harboring a secret related to her obsession with recovering the sunken Kiss River light. ...Chamberlain [ties] the two disparate stories together in a charming manner.-Booklist

"Diane Chamberlain's characters are so realistic that you feel you know them in person, and when you get to the end of the book, you miss them."

"Diane Chamberlain's The Midwife's Confession is a compelling tale of friendship and motherhood told with compassion and vivid honesty. Chamberlain takes the reader on a taut journey filled with secrets, heartbreak and the power of hope. Impossible to put down The Midwife's Confession will break your heart and then mend it tenderly back together."

"The Midwife's Confession is an engrossing tale, one that keeps you guessing to the end, with all its twists and turns. This is a novel you won't want to miss!"

-Eileen Goudge, New York Times bestselling author of Once in a Blue Moon

"Chamberlain weaves an intensely engaging story of three people with a tragic past, complicated present, and unknown future who must struggle with trust, betrayal, and forgiveness."

-Booklist on The Lies We Told

"The writing is at all times sure and polished, carrying the reader through a gauntlet of twists and complications."

-Raleigh News and Observer on The Lies We Told