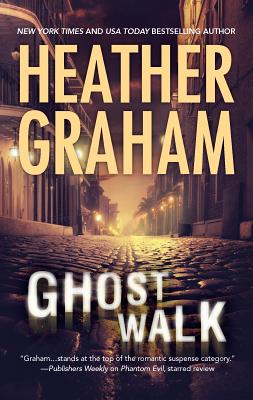 Yes, she believed in ghosts, or if not ghosts, per se, a memory that lingered in certain places. It sure as hell wasn't something she was going to share with anyone. Nikki DuMonde's newest employee is standing at the end of her bed at four o'clock in the morning begging for help. It's a joke, right? Besides, as manager of a successful New Orleans haunted-tour company, Nikki doesn't scare easily. But in the light of day, harsh reality sets in as a police officer informs her that Andy was brutally murdered--at the exact time Nikki swears the distraught woman was in her room. No one believes her except for Brent Blackhawk, a paranormal investigator desperately trying to forget his tragic past. Half Irish, half Lakota--and able to communicate with the dead--Brent is used to living in two worlds. But when he realizes the ghost of a slain government agent is also trying to reach out to Nikki, he knows that she, too, must listen to the dead...if she wants to keep living.

"Eerie and atmospheric, this is not late-night reading for the squeamish or sensitive."