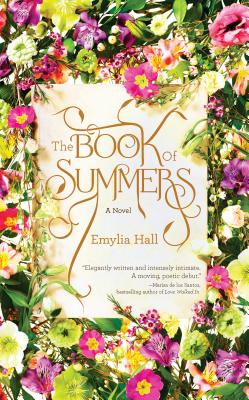 The Book of Summers

For nine-year-old Beth Lowe, it should have been a magical summer--sun-kissed days lounging in rickety deck chairs, nights gathered around the fire. But what begins as an innocent vacation to Hungary ends with the devastating separation of her parents. Beth and her father return home alone, leaving her mother, Marika, behind. Over the next seven summers, Beth walks a tightrope between worlds, fleeing her quiet home and distant father to bask in the intoxicating Hungarian countryside with Marika. It is during these enthralling summers that Beth comes to life and learns to love. But at sixteen, she uncovers a life-shattering secret, bringing her sacred summers with Marika abruptly to an end. Now, years later, Beth receives a package containing a scrapbook, a haunting record of a time long forgotten. Suddenly, she is swept back to the world she left behind, forced to confront the betrayal that destroyed her--and to search her heart for forgiveness.

Praise For The Book of Summers…

"So tender and lovely. This is a novel I will keep on my bookshelf forever." -Rebecca Rasmussen, author of The Bird Sisters

"In her thoroughly enchanting debut, Hall casts a spell with this coming-of-age tale that feels... ‘ like magic caught and held.'"

"A poignant tale of a daughter strung between two parents and of the kind of silence and secrets that destroy families."

"An addictive read and an amazing debut."

"Fantastically evocative and sun-drenched with a twist."

Emylia Hall\u2019s short fiction has appeared in a number of publications, and she was dubbed by Elle magazine (UK) as one of 2012\u2019s three most anticipated debut novelists. She lives in the UK with her husband, who is also an author. The Book of Summers is Emylia\u2019s first novel and is inspired by her childhood memories of vacations spent in rural Hungary.
Loading...
or
Not Currently Available for Direct Purchase