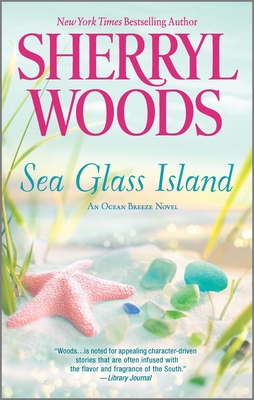 Under summer skies, New York Times bestselling author Sherryl Woods evokes family, friendship and heartfelt emotion With her two younger sisters heading for the altar, will Samantha Castle exchange old dreams for new ones? Lately she'd rather be on the North Carolina coast with family than in New York with agents and actors. Though she vows not to let her teenage crush on Ethan Cole influence her decision, it's hard to ignore her feelings for the local war hero. Ethan lost more than his leg in Afghanistan. He lost his belief in love. Even being surrounded by couples intent on capturing happily-ever-after won't open this jaded doctor's heart. It's going to take a sexy, determined woman--one who won't take no for an answer.

"Woods really knows what readers have come to expect from her stories, and she always gives them what they want. Here, she pens another great love story populated with funny, witty and charming characters, written with great care." -RT Book Reviews on Where Azaleas Bloom

"Woods knows how to paint a vivid picture that encourages the reader to feel the emotions of her characters...everyone will be able to relate to this book." -RT Book Reviews on Catching Fireflies

"Charming characters combine to create the interfering, yet lovable, O'Brien family . . . a satisfying, heartwarming conclusion to the Chesapeake Shores series."-RT BookReviews on The Summer Garden

"Sparks fly in a lively tale that is overflowing with family conflict and warmth and the possibility of rekindled love."--Library Journal on Flowers on Main

"Woods's readers will eagerly anticipate her trademark small-town setting, loyal friendships and honorable mentors as they meet new characters and reconnect with familiar ones in this heartwarming tale." -Booklist on Home in Carolina

With her roots firmly planted in the South, Sherryl Woods has written many of her more than 100 books in that distinctive setting, whether in her home state of Virginia, her adopted state, Florida, or her much-adored South Carolina. Sherryl is best known for her ability to creating endearing small town communities and families. She is the New York Times and USA Today bestselling author of over 75 romances for Silhouette Desire and Special Edition.