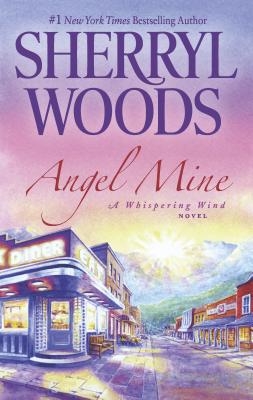 Welcome back to Whispering Wind, Wyoming, where New York Times bestselling author Sherryl Woods proves yet again that family comes first Heather Reed thought she was making the right choice when she decided to raise her daughter, Angel, on her own. But three years later, Heather realizes she needs help. Her career as an actress is faltering, and Angel's more than she can handle alone. It's time to track down Angel's father...only problem is, he doesn't know Angel exists. Heather's search leads her to Whispering Wind, Wyoming. If Todd Winston is dismayed to see his old girlfriend show up in town, he's shocked when he looks into the angelic eyes of the little girl who is clearly his daughter. Todd flatly refuses to open his life to Angel. Heather flatly refuses to leave town until she finds out why. Amazingly, they discover that through compromise and understanding lies the road straight to family.

Praise For Angel Mine (Whispering Wind #2)…

"Woods. . . is noted for appealing, character-driven stories that are often infused with the flavor and fragrance of the South." -Library Journal

"With tremendous storytelling ability, and a skillful way of telling many subplots without stealing from the central story, Woods will delight." -RT Book Reviews on After Tex

"Woods proves her expertise in matters of the heart as she gives us characters that we genuinely relate to and care about. A truly delightful read!" -RT Book Reviews on Moonlight Cove

"Woods is a master heartstring puller, and her endearingly flawed characters deal with their plethora of problems in a predictable but satisfying manner." -Publishers Weekly on Seaview Inn

With her roots firmly planted in the South, Sherryl Woods has written many of her more than 100 books in that distinctive setting, whether in her home state of Virginia, her adopted state, Florida, or her much-adored South Carolina. Sherryl is best known for her ability to creating endearing small town communities and families. She is the New York Times and USA Today bestselling author of over 75 romances for Silhouette Desire and Special Edition.
Loading...
or
Not Currently Available for Direct Purchase