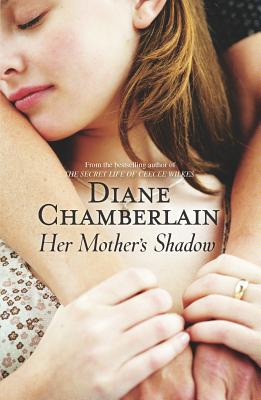 Annie A loving mother and wife, Annie O'Neill was the heart of the small community of Kiss River. But her generous nature hid a darker side that remained secret for years after her tragic death. Lacey When Lacey O'Neill finally learns the shattering truth about the mother she's spent a decade emulating, the foundation of her life begins to crumble. Then her close childhood friend dies, leaving her teenage daughter, Mackenzie, in Lacey's care, and Lacey unwillingly finds herself in the role of mother. Mackenzie Uprooted by her mother's death, Mackenzie resents her new home of Kiss River. She wants nothing to do with the father who never knew she existed--and especially not her mother's oldest friend. But the person who could understand her best might be the one she resents most: Lacey.

"Complex, credible characterization... Even readers who are not already fans will sympathize with the flawed but caring people [Chamberlain] compassionately evokes." -Publishers Weekly

"Chamberlain weaves backstory and front story with skill and tender ferocity as the characters alternate between a joyful harmony among themselves and with one another, painfully awkward moves that threaten to destroy relationships, and an ultimately wise understanding that forever changes their lives. Many voices populate the novel, from the women's to the teen daughters', leading to unexpected, plot-twisting surprises later on." - Booklist on THE MIDWIFE'S CONFESSION

Diane Chamberlain is the bestselling author of twenty novels, including The Midwife's Confession and The Secret Life of CeeCee Wilkes. Diane lives in North Carolina and is currently at work on her next novel. Visit her Web site at www.dianechamberlain.com and her blog at www.dianechamberlain.com/blog and her Facebook page at www.facebook.com/Diane.Chamberlain.Readers.Page.
Loading...
or support indie stores by buying on